Olivia was supposed to be a May baby. Although I’m not a huge fan of the emerald birthstone, I really looked forward to sharing a birth month with my daughter. May’s a good month, I thought. And a May Day or Cinco de Mayo birthday would give her years worth of fun celebrations.

My original estimated due date was May 6, but Olivia’s birth story instead began on the morning of April 23.

Luke and I woke up early that Saturday. More accurately, I suppose, is that Luke woke up early. To golf. The season had not yet officially started at Oak Hill, but he was eager to get in as many weekends of playing as possible before the little one arrived. I was half awake as he got ready to leave. Not thinking much of it, I said “Keep your phone on, just in case. Check it at least in between holes.” He promised he would, despite the fact I had just recently resigned myself to believe – no matter how uncomfortable I was – I would not be delivering early. I had two more long, uncomfortable weeks to make it through!

I fell back asleep and woke up a couple of hours later. Around 9:20AM I finally got out of bed. My water broke just minutes later. At first I couldn’t believe it. Maybe this was just pee. Everyone does warn you that as a very pregnant lady, strange things happen. (TMI, sorry.) I made it a few steps across the bathroom before I realized no, this was definitely not pee. This was my water breaking. And let me just tell you, it did not happen like the “trickle” many people told me to expect. It happened like the movies.

I called Luke and told him to come home. Much to our disbelief, this was all about to really happen. Because of my polyhydramnios diagnosis a few weeks earlier, we had been instructed to go to the hospital immediately if my water were to break first. We knew the risks of cord prolapse were low, but it was a serious enough concern that we knew not to ignore. Soon enough, we had packed our bags and were in the car. Destination Highland Hospital.

At this point I felt no contractions, and our moods were great. Our energy was high, we were happy, and both relatively calm. We checked into triage at 11:00AM, and my first exam at 11:30AM had me at 1.5cm and 60% effaced. Contractions picked up, and labor began naturally. We moved into our delivery room, got settled, and wondered what to do next. Nothing felt intense enough to call our doula. I was moving around, and talking. We got lunch, and watched TV. However by 2 or 3PM the game was changing. Pain was increasing, contractions were more intense, and my demeanor was visibly different. We called our doula, and at 3:30PM I was 3cm, -1 station, and 75% effaced. Things were moving, but moving slowly. I continued laboring naturally for a few more hours. Finding a comfortable position for contractions was becoming more and more difficult. I was 5cm and 90% effaced at 5:45PM but still only -1 station. Somewhere in between vomiting and more vomiting, I asked for an epidural. The medicine was administered by 6:30PM and all was right in the world again. Luke, our doula, and I had another moment of thinking: now what? I was calm again. Happy in fact. And it was just a waiting game. The doctors weren’t pushing Pitocin since I was progressing on my own. So we waited. We shared stories and watched more TV.

But over the next few hours, the nurses struggled to keep Olivia’s heartbeat tracked. I’d move, or she’d move, and we’d lose her heartbeat. It seemed like a constant game. But they’d always find it again.

However the nurses also noticed that with each contraction, her heartbeat dipped. They monitored this closely, and ultimately told me that it wasn’t a huge concern yet. Olivia was “tolerating” it. After each contraction ended, Olivia’s heartbeat would come back up.

If there was any serious concern at this point, the nurses and doctors did a great job keeping that from me.

Just before 9:30PM, the delivering doctor came rushing into our room.

She was talking swiftly, and seriously to the nurse. They’d lost the baby’s heartbeat for the last 6 or 7 minutes. Why haven’t you done anything to get it tracking again? I could sense the seriousness in her voice. It was stern. She spoke quickly. There was even a hint of anger behind her words. You need to get it tracking again. Now. They placed an internal monitor instead. They needed to keep a constant pulse on Olivia’s heart rate, and this was a better method to do so. At the same time, the doctor examined me and to everyone’s surprise I was 10cm, 2+ station, and 100% effaced.

The two doctors seemed to disagree slightly about whether or not it was time to start pushing, since I was feeling no such urge, and no pressure. One doctor’s opinion won, and it was time. As pushing began, my contractions actually slowed down. They were now spaced by 5 minutes, so any progress made during one contraction was lost while we waited another 5 minutes. It was around this same time that we learned Olivia was sunny side up. After only 30 minutes of pushing, the doctors suggested taking a break.

We began a small dose of Pitocin to try and increase the frequency of my contractions, and we used this break to try turning Olivia. The doctors tried to turn her manually, but Olivia was not turning. We tried new positions, but Olivia stayed put.

At some point after 11PM, the doctors showed signs of concern. I don’t know whether it was Olivia’s heart rate, or just the total time that had elapsed. But whatever the reason, it was clear they felt it was time to deliver miss Olivia. They suggested we start pushing again, and use the vacuum to turn her. They would try turning her with the first few pushes, and then remove the vacuum once she had turned so the final delivery would be unassisted. This began around 11:45PM. Initial attempts to turn her with the vacuum were unsuccessful, and the vacuum came off two or three times. I knew from my reading this was dangerous, and there were only so many times it could pop off before they had to stop.

It was becoming more and more clear to Luke and me that the doctors wanted Olivia to be delivered, immediately. The vacuum stayed on. Not just to turn her, but to get her out. As fast as possible.

Olivia was born at 12:12AM on Sunday, April 24. My first words were loud, and full of disbelief. Relief. An overwhelming “oh my god.”

But just as quickly as the words left my mouth, Luke and I knew things were not all right.

Olivia was not breathing. We waited for a cry, but nothing came. She was not brought up to my chest, but instead taken under the lamp, while we continued to wait.

Luke and I heard one short, faint whimper before we heard the sounds of the bag.

We heard the pediatrician say she was “very concerned”, and with that Olivia was taken to the special care room.

We’d later learn that she never began to cry. She never began to breath on her own. The team continued to bag her, and finally, she was intubated. We learned that doctors at Strong Hospital had been contacted, and were on their way to assess Olivia. We heard the words “genetics”. We were told Olivia needed to be transferred immediately to the NICU at Strong, and that a transport team was already being organized.

I was never moved into a post delivery room at Highland. Instead, I too was transferred to Strong via ambulance. Luke rode with me, and within an hour or two we were transferred, admitted, and waiting to get word from the NICU that it was okay for us to see our baby.

And that’s where my delivery story ends, and Olivia’s story really begins. 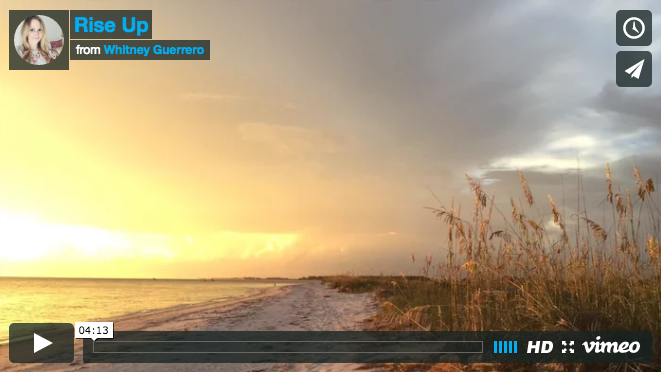